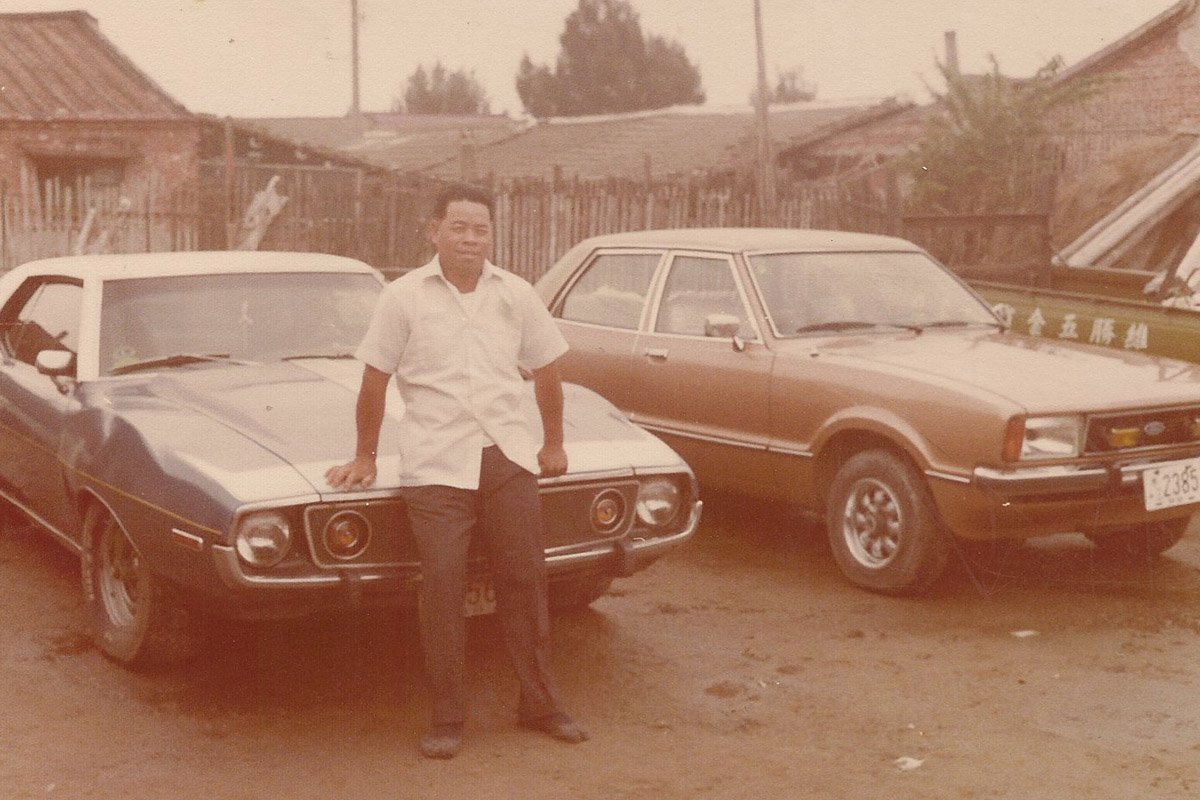 The right-hand side of the photo shows the first Wei Sheng truck with the company name Wei Sheng Hardware painted on the shell. During the early days of the company, Mr. Kuo was the only person in charge of taking orders and making deliveries. The truck was Mr. Kuo’s best partner. The man in the photo was Mr. Kuo’s uncle.

In 1975, the Wei Sheng Hardware Corporation was founded by Kuo Shih-huang when he was 28 years old to support Kaohsiung’s infrastructure construction-related industries. Visiting his customers and suppliers on his motorcycle, Kuo began with the sales of hardware materials and expanded his business into trading of steel, international trade, and machining following the changes in the market. 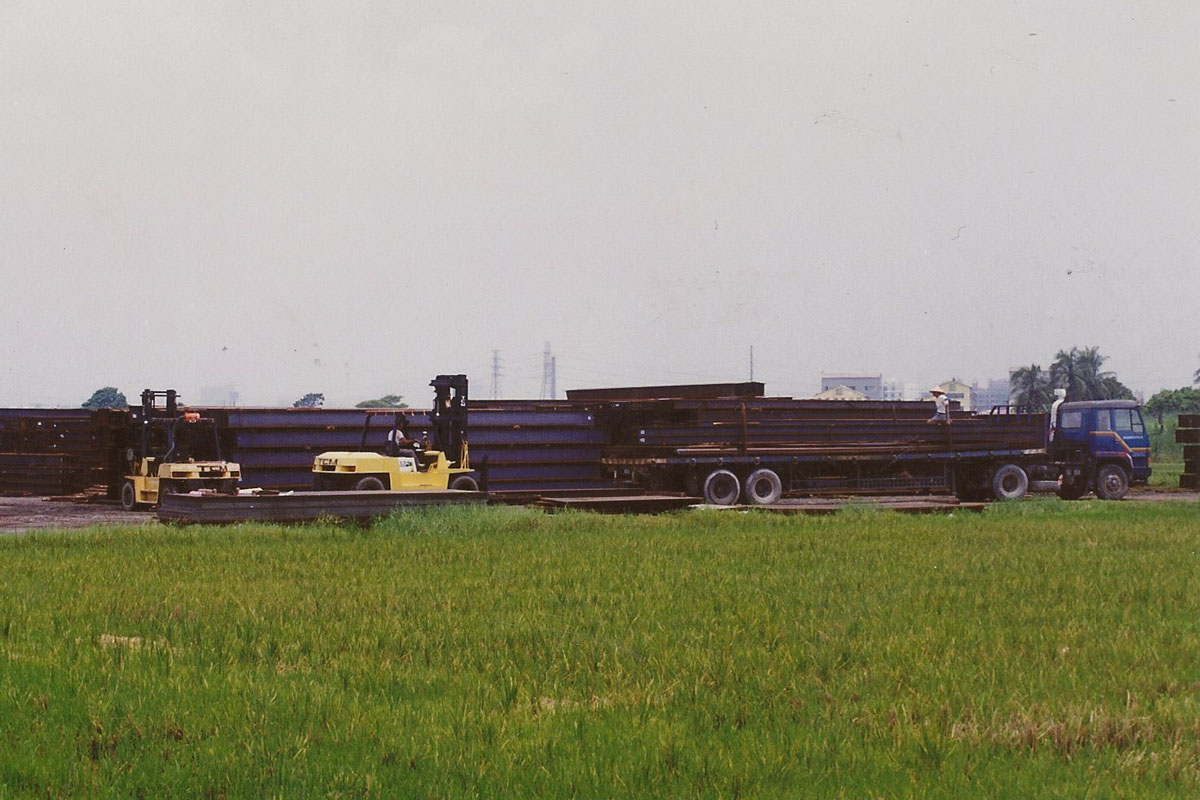 With the growing demand in the construction sector across the island, the company changed its name to Wei Sheng Steel Corporation in 1981, becoming an inventory supplier which focuses its business in supplying materials for major public infrastructure projects. It also expanded its operations into steel inventory trading, import and export.

After gradually securing its foothold in the domestic market, the company continues to expand its scale of operation, beginning with the import of H-beam steel, which Taiwan did not manufacture back then, from sources in Korea, Japan, and South Africa. This allowed the company to establish itself the import/export sector. With its supply capacity characterized by high-degree of customization, Wei Sheng was able to identify and enhance its competitiveness in the industry gradually. 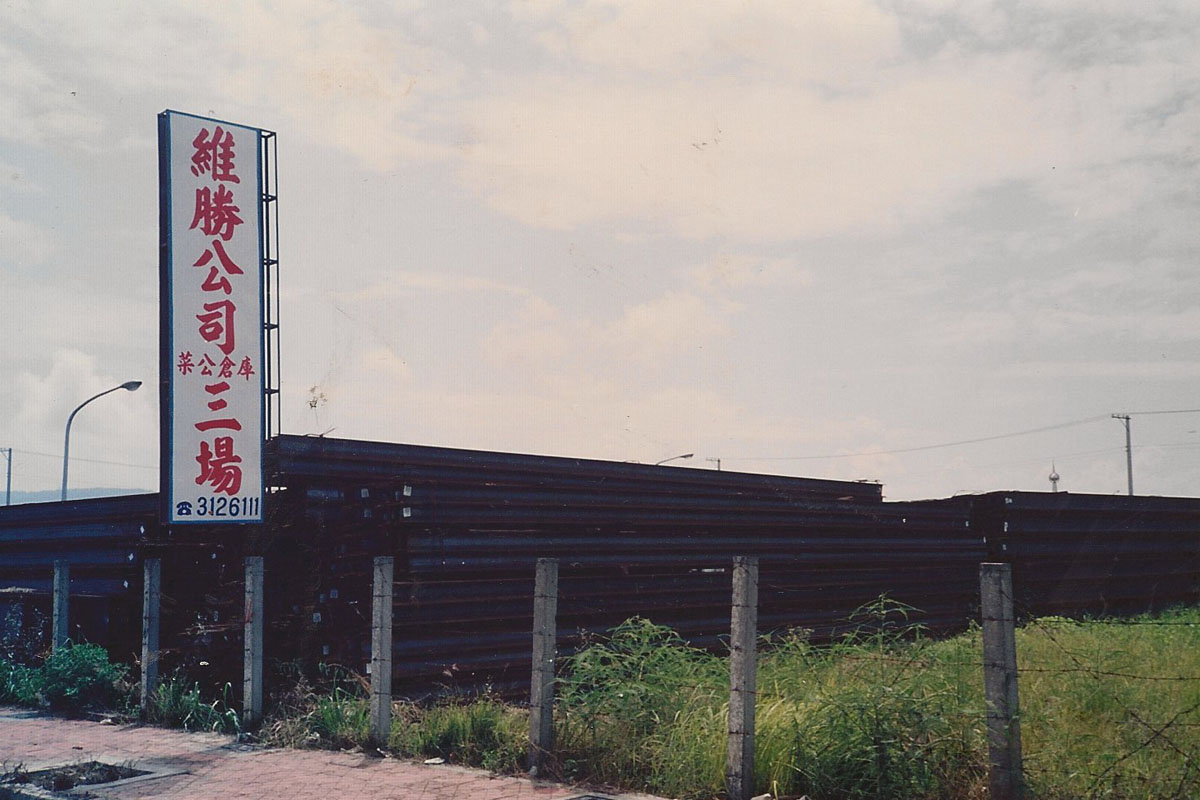 Entry into the New Era as Service Provider

Starting in 1993, Wei Sheng has appeared on the list of Taiwan Top 500 Service Company published by Commonwealth Magazine, one of the most authoritative financial magazines in Taiwan.

In the same year, Wei Sheng inaugurated its factory in Tainan, which adopted centralized inventory management method and offered diversified supply services. Later, the company became the first in Taiwan to establish the first H-beam steel processing line, providing first stage processing for existing steel materials with expanded customized services. It is the first inventory supplier in the nation to provide processing services via its assembly lines.

In addition, Wei Sheng began its investments in the markets of China, Vietnam, and Thailand, as well as expanding its scale of operation in Southeast Asian markets to secure its position in global trade. 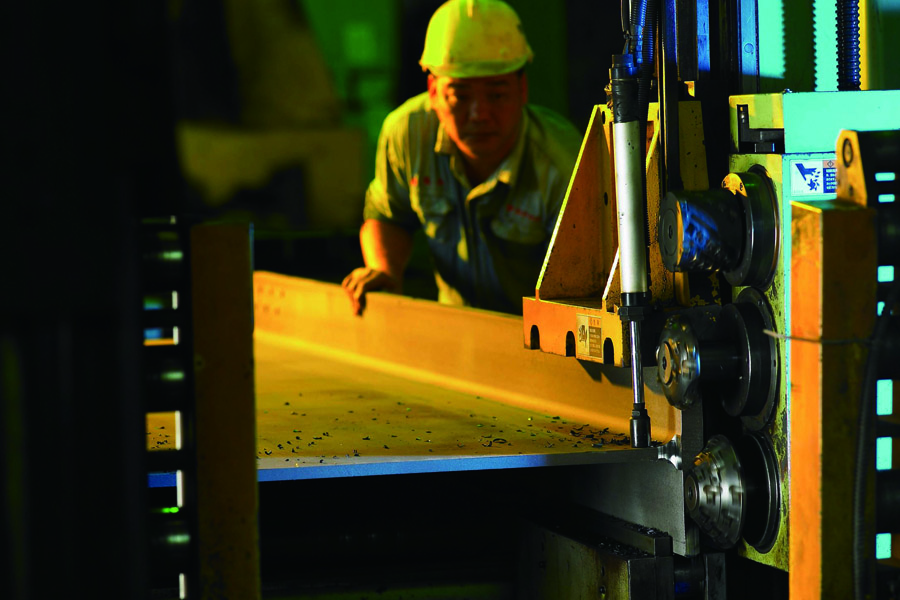 In order to meet the demands of customers, Wei Sheng began developing comprehensive product processing lines in 1997 to solidify its foundation in diversified services.

Ranked as one of Taiwan Top 30 Performing Companies

It continues to be recognized by Commonwealth Magazine, winning the 23rd place on the list of national trading companies and 15th place on the nation’s top 50 fastest growing service companies. It also received the Executive Yuan Outstanding Enterprise Jin Feng Award. 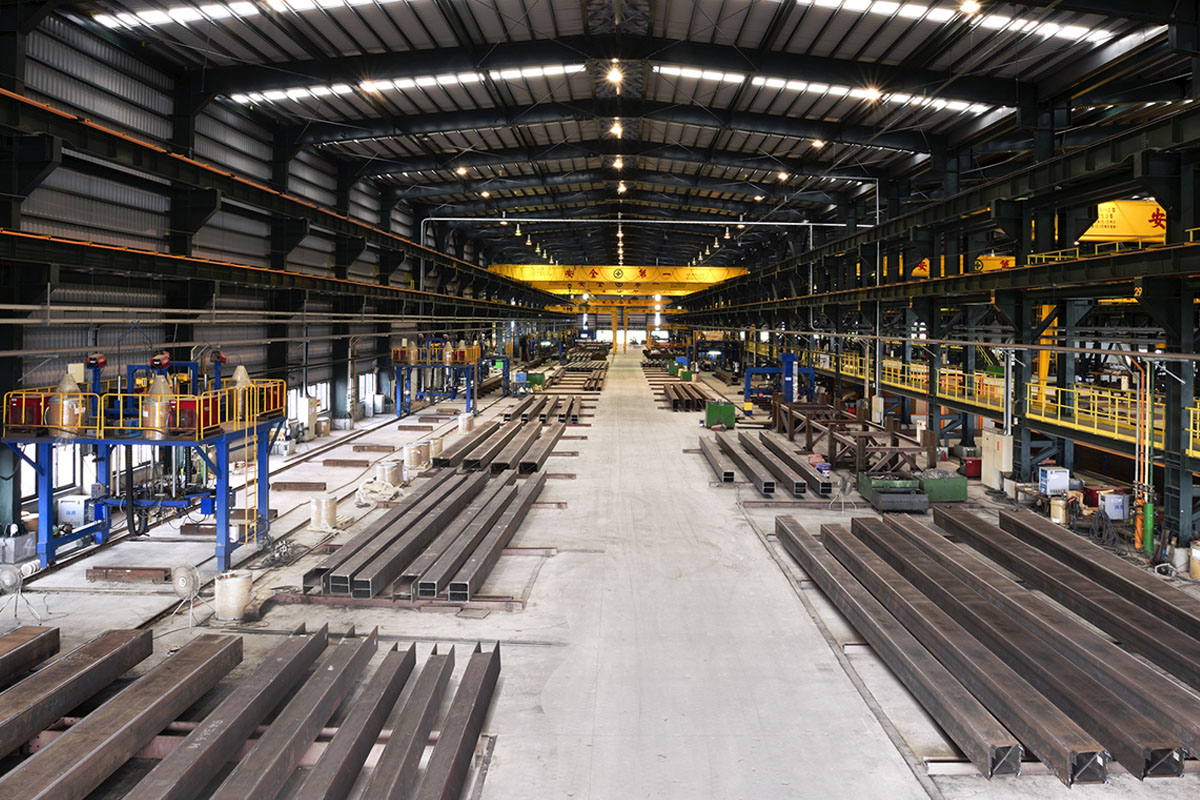 To fulfill the company vision of providing innovative services in steel supply, Wei Sheng construct its brand-new factory as its new foundation to accumulate the synergies from its partners around the world.

The company inaugurated the factory in Pingtung as part of its 40th anniversary celebration. To commemorate this important moment, it also announced the expansion of facilities such as processing lines for steel BOX sections and BH steel. These new lines, combined with the existing lines at the Tainan factory, make up the company’s diversified and comprehensive portfolio.

Wei Sheng continues to implement revolutionary innovations and introduces new professional management knowhow based on market trends. It also steps up its effort in acquiring numerous quality certifications to ensure that all of its products undergo the most stringent management processes and strictest inspection standards, thereby meeting the diverse and detailed needs of contemporary engineering.

Accompanying Taiwan through different eras of economic rises and falls and confronting challenges such as rise of emerging markets and globalization, Wei Sheng hopes to use history as its cornerstone to propel it forwards as it travels the pioneering road.